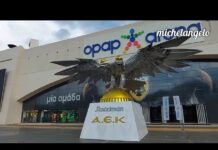 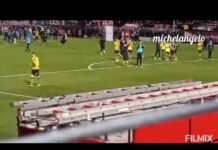 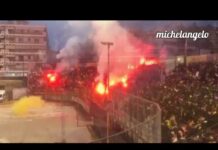 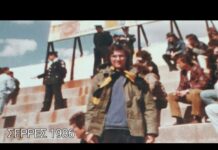 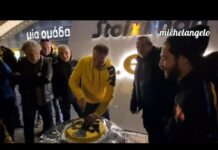 On 10 August 2007 Blanco joined AEK Athens on loan for €850,000 with an exit clause of €1.5m. He got his first cap in an UEFA Cup match against Red Bull Salzburg on 20 September 2007. He then debuted in the Greek Super League against Atromitos and scored twice leading AEK Athens to a 2–0 win. Blanco’s first goal in a European competition occurred on 13 February 2007 against Getafe with a back flick in the 94th minute to end the game as a 1–1 draw. Blanco finished top scorer in the Super League Greece 2007-08 having scored 19 goals in 30 games (he scored once more during his 4 playoff apps). His performances led AEK Athens to announce the activation of the clause in his contract on 28 April 2008.

Blanco started his 2nd season in AEK in a great way scoring the winning goal via a penalty against Panathinaikos in the year’s first derby match. Blanco also stated to the press that he does not want to leave AEK and wants to be playing for many years in Greece. Blanco scored his first Greek Cup goal against Chaidari. Blanco finished top scorer in the Super League Greece 2008-09 having scored 14 goals in 30 games (plus 3 goals at 6 playoff games). Blanco’s 3 season in AEK wasn’t as successful as the previous years as he scored only 13 goals all season, (9 in the league, 4 in Europe). Now in his 4th season, it looks to be his most promising yet, as he has the confidence of new coach Manuel Jiménez Jiménez, and he has already scored 10 goals in all competitions. His first goals came in the 5–1 win against Panthrakikos F.C. for the Greek Cup, in which Blanco scored his first hat trick. His biggest goal yet being the fantasic game winner against arch rivals Olympiakos in the 90th minute (he came in the game as a substitution.

Blanco also scored a stunning goal against Ergotelis and a beautiful header against Panseraikos.
Blanco decided not to renew his contract with AEK and not to accept the proposal of AEK that was € 650.000 per year plus bonus and he was released to a free agent. Blanco promised that if ever returned back in Greece that would be only to wear AEK Athens’ colours.